How To Avoid Jet Lag 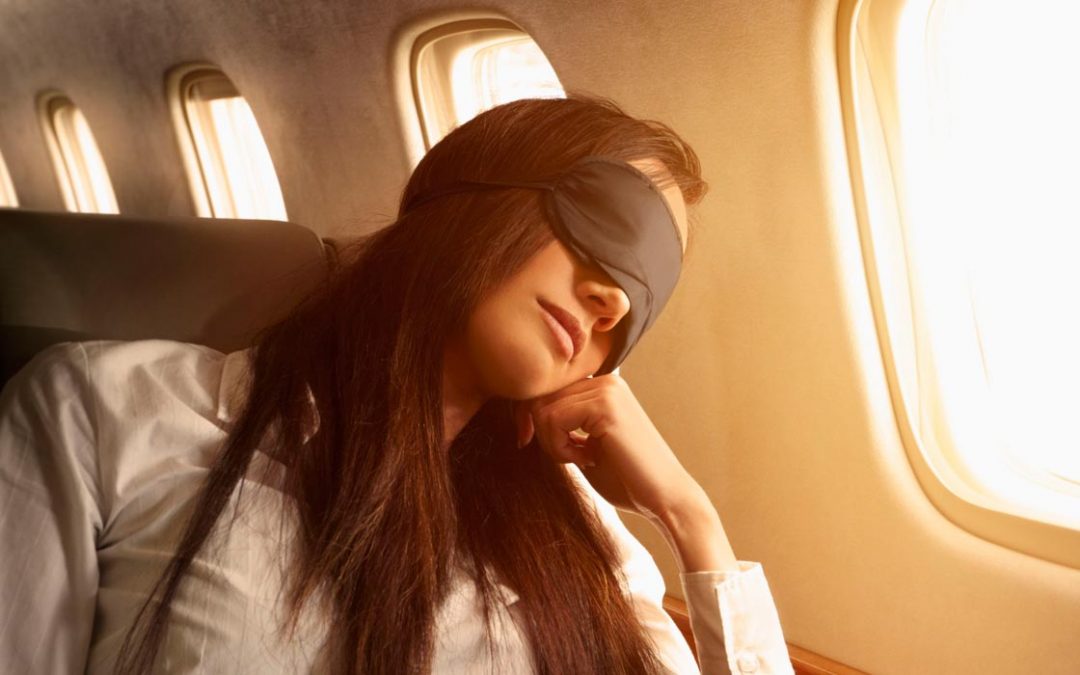 There’s nothing more aggravating than arriving at your destination groggy and red-eyed. Jet lag makes clear thinking difficult, leading to bad decisions at international business meetings, and recreational travelers find it detracts from the enjoyment of their hard-earned and time-limited vacations. Symptoms include fatigue and general tiredness, inability to sleep at night, loss of concentration, headaches, malaise and disorientation. It is caused by the disruption of biological rhythms as a result of rapid transitions across multiple time-zones. Such desynchronization of circadian rhythms also affects employees who transfer to night shifts.

Preflight preparation isone of the most important aspects of combating jet lag. Before leaving, be sure you have all your affairs, personal and professional, in order. Avoid late farewell parties, so that you are not tired or hungover from a function the night before. Participate in regular exercise in the days prior to departure and if possible try to avoid exposure to people with flu or colds. Get a full night of sleep just prior to departure.

There is evidence that jet lag is less acute on eastward rather that westward flights, as it is easier to force oneself to stay up later than normal than it is to fall asleep earlier than normal. Daytime flights cause less jet lag than overnight flights, which is why the latter are called “red-eye” flights. Due to cramped seating and ambient noise, don’t expect to get a good night’s rest on one of these flights.

Drink plenty of non-alcoholic fluids, since the dry air in airplanes causes dehydration. Water is better than coffee, tea and fruit juices. Alcoholic drinks are a poor choice for combating dehydration, and demonstrate a markedly greater intoxicating effect when consumed in the rarefied atmosphere of an airliner compared to ground level.

A blindfold, neckrest or blow-up pillow, and ear plugs can help you get quality sleep while flying. If there are some spare seats on the flight, lay across them, since it easier to fall asleep laying flat than sitting propped up.

Get up and exercise frequently. Walking up and down the aisle, standing for short periods, and doing twisting and stretching exercises in your seat reduces discomfort from swollen legs and feet, and prevents potentially deadly Deep Vein Thrombosis. On long flights,get off the plane if possible at stopovers, and take a short walk around the airport. As far back as 1988 the Lancet report estimated “that over three years at Heathrow Airport, 18% of the 61 sudden deaths in long distance passengers were caused by clots in the lungs.” These clots originate in leg veins where blood pools and coagulates due to passenger immobility.

There are many products purported to prevent or cure jet lag. One of them is melatonin, a hormone produced naturally by the body to produce sleepiness. Another product, No-Jet-Lag, has been proven effective in a scientific trial of round-the-world passengers and confirmed by longhaul flight attendants in a test conducted in cooperation with their union. Since it is a homeopathic preparation using extremely low dosages, No-Jet-Lag has no side effects and is compatible with other medications.

For westward travel, melatonin will not help if you are going less than five time zones to the west. For distant westward travel, on the day of arrival, take one dose of melatonin at local time bedtime and continue to do so for the next four days. If you wake up before 4 a.m., take a little more melatonin (half a dose) to get a complete night’s sleep. Dissolve this dose under the tongue, if possible, so it will be more fast-acting.

Sleeping pills are not advisable, especially on the plane. They produce a drugged state which has little in common with natural sleep, and suppress natural body movement, not desirable in a cramped environment where the risk of DVTs is already high. Many over-the-counter sleeping pills are anti-histamines which tend to dehydrate the mucous membranes, creating a parched, sore throat when combined with the already dehydrating atmosphere inside the airplane.

Hopefully these tips will help you arrive at your destination awake and energetic.